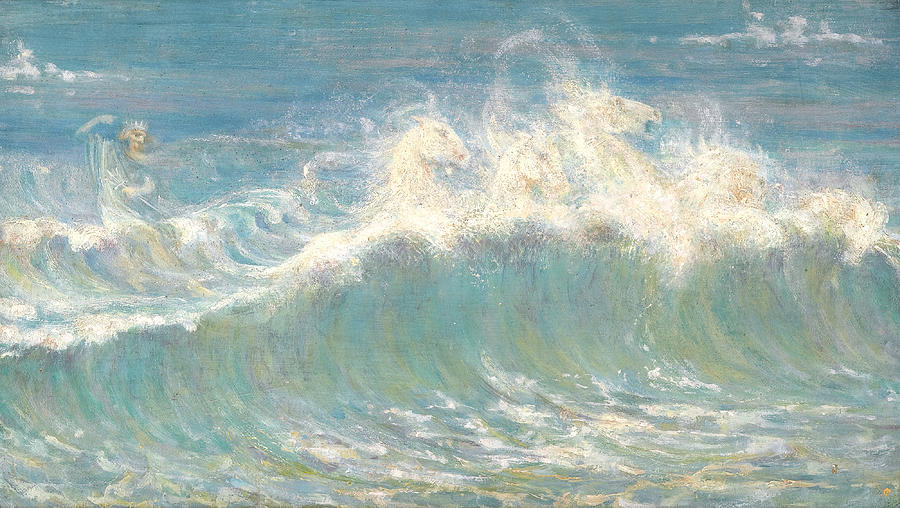 A favorite poem of Michael H. Hanson that was published in 2018 and is eligible in the Short Poem category of the Rhysling Awards.

His father was a fisherman
known for trawling the Sea Horse isles,
a stretch of brine only his clan
had dared to challenge with their wiles.

They say it was a late Fall day
when most retired and stored their nets
that his father chose dark folly
and one more catch to pay his debts.

Without notice a sudden squall
stampeded just beyond the reach
and before they could make landfall
his father’s crew embraced the deep.

So vivid was this tragic tale
whispered on the periphery
of a sad child lonely and frail
that he never came near the sea.

He did not angle from the shore
or swim within a summer wave,
he never took tiller or oar
keeping far from his father’s grave.

Then one year he fathered a son
who grew tall, strong, and unafraid,
who chose to be a fisherman
and ply the gaff and gillnet trade.

Each dusk his son travels shoreward
he listens for the ocean’s neigh
imagining a phantom herd
splashing not far beyond the bay,
beyond the bay where terrors bray
and Neptune’s stallions stalk the spray.