On The Origins Of Maauro

Browse: Home » On The Origins Of Maauro

On The Origins Of Maauro 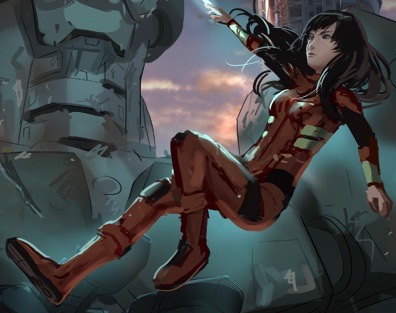 Hmmn, how to discuss this without generating spoilers? Well I will just have to give it a go. 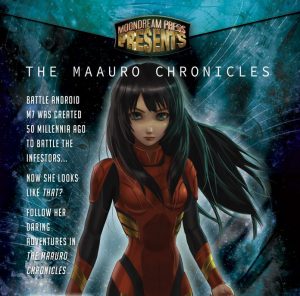 For those of you who do not know her, Maauro is the heroine of her own series of books with MoonDream Press (an imprint of Copper Dog Publishing) that begin with the novel, My Outcast State, continues in the book, Against That Time, and in early in 2017 with the third novel in the series, The Lost. There are in fact three more books already written and one in progress. 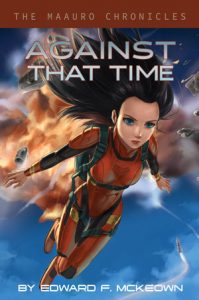 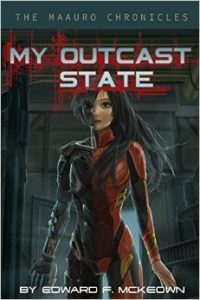 These novels are set in the same universe as my Fenaday Rainhell series set in the great star-spanning civilization of the Confederacy. There are even, hint, some crossovers. 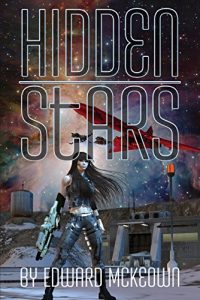 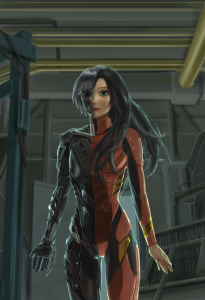 Maauro is an artificial person, created over 50,000 years ago by a species that long ago disappeared from space. She is a combat android far in advance of the Confederacy’s science. During the fifty millennia that she was stranded on an asteroid the divine spark raced over her circuits, and she became more than a machine even though she herself is not fully aware of it. 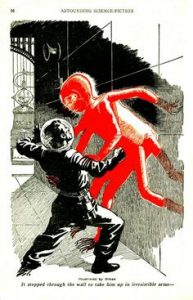 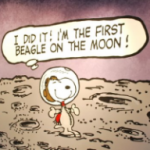 A much cuter Space Beagle

The character of Maauro, like so many things, came from the failure of a prior project. I had decided to write a science fiction short with some of my favorite elements: morally ambiguous characters, the seedy Lowport of a colony world and the ancient remains of a lost alien race. I went further trying for something unusually gritty and noir for me. The story centered on discovering some sort of alien menace – and I came up with a nasty monster that was a little closer to Giger’s alien then I was comfortable with. Which, not for nothing, is quite close to the original monster in A. E Vogt’s “Voyage of the Space Beagle” (not the dog, the ship named for Darwin’s vessel) and other works. The monstrous often takes a similar shape. 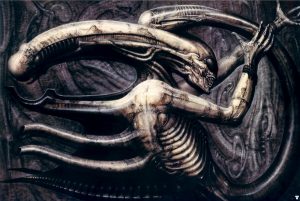 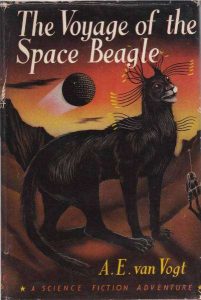 This story had one universal reaction from every female in my life, wife, female friends, and writers. They hated it! I looked at the piece and decided there were two issues. The first was an excess of the gritty noir, the second was the monster. It made it into just a “bug hunt” as the jarhead in ALIENS said. 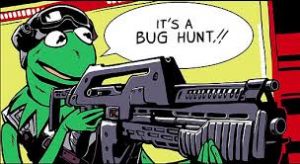 The first was an easy fix, but the second…   Then an inspiration hit me. I love anime, having been an Otaku before I knew what that meant, for ‘Speed Racer,’ ‘Marineboy,’ and ‘The 8th Man.’ 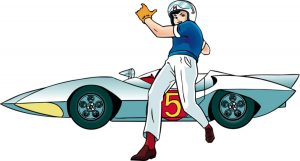 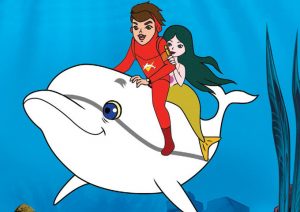 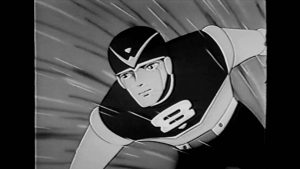 I had always wanted to do a story with a character who had an anime appearance.   But I as at a loss as to how to do so.

Maauro finger filaments extended, I love the sense of wonder in her eyes

Enter ‘Maauro,’ the ancient AI who chooses her appearance, doesn’t quite get it right, and ends up looking like a Japanese anime character.   I originally envisioned her as a sort of “cute gal” sidekick for the other lead, Wrik Trigardt, human and disgraced fighter pilot. That was not to be. Maauro gently but very firmly insisted that she was a serious person, that her choice of gender and to a lesser extent her appearance had great meaning (more on this in another blog post). The short story grew into a book and now into six full and at least three more planned novels of the voyage of self-discovery of this, my favorite character. 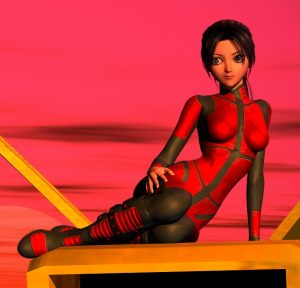 Writing Maauro is never an effort, when I want to visit, I sit down and open the channel to her and she simply tells me the story. Truth be told this happens with all my characters but never with the crystal clarity of this relationship. Maauro always knows where she is going, even if I do not. 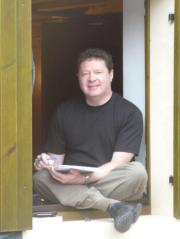 I hope you will take the trip with us. I may end up as surprised as you are about the places we end up.