Musings on the Book of 5 Rings Part III

Browse: Home » Musings on the Book of 5 Rings Part III

Musings on the Book of 5 Rings Part III

How much of the Book of 5 Rings can we apply to the modern Dojo of soccer moms, office workers and children? What can we risk in a world of American lawyers and lawsuits? 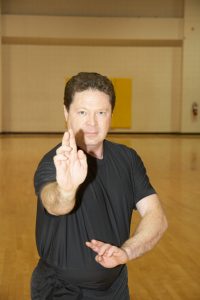 Musashi was in the business; to the extent he trained people, of turning out killers. He lived a life, often devoid of physical comfort or compassion. He never married, nor had children, though he adopted one. The adoptive son, vassal to the Himeji lived only four years after that act, committing seppuku because of the death of his own lord.

Musashi disdained comfort and wealth, spending his last few years living in a cave, contemplating the universe. One can be tempted to dismiss him as a psychopathic serial-killer. But that is too simple an analysis. He literally lived by the sword in a world that provided him few options. Clearly while neither a giant in strength or size- he was naturally gifted with hand/eye coordination and likely was one of those individual for whom physical fear was not a big factor. He lived in a world without antibiotics, where any penetrating wound was likely fatal, fighting with weapons that would shear off an arm or a leg, in armies or individual fights where quarter would neither be asked nor given. 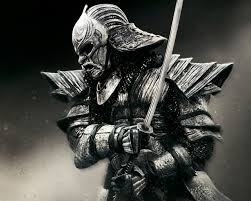 In this world without mercy he expected to die by the sword at any time and a central tenet of his warrior ethos is that you must be prepared to die, in an instant. Death will arrive unexpectedly. You must have already chosen and resigned yourself to face death beforehand so your spirit is settled when the moment comes, or you will be weak and flinch; seeking to live, which is not the way of the warrior. Death and defeat are the same thing. When Musashi says, “Aim at death” he does not mean embrace it casually, or try and get yourself killed, he means to expect that this will be the outcome of your profession, discount it. This advice is less esoteric then it seems. By not flinching, or seeking to live, you increase your odds of surviving by daunting your opponent. If his spirit is not settled, seeing yours as resolute will cause him to flinch, to use improper technique and to thus lose.

In short the one who embraces death is less likely to actually die in the fight. Hard to believe perhaps but this is in essence the distilled wisdom of a professional fighting man. He knew of what he spoke. Sometimes his advice seemed basic or even trite. “To cut and slash are two different things. Cutting, whatever form of cutting it is, is decisive, with a resolute spirit. Slashing is nothing more than touching the enemy. Even if you slash strongly, and even if the enemy dies instantly, it is slashing. When you cut, your spirit is resolved. You must appreciate this. If you first slash the enemy’s hands or legs, you must then cut strongly. Slashing is in spirit the same as touching. When you realize this, they become indistinguishable. Learn this well.”

At first glance does it seem like great wisdom? Yet this is life and death, the most basic and primal of struggles. Lose this struggle and what else matters? It was through such mastery that Musashi lived to 61 years of age undefeated in single combat.