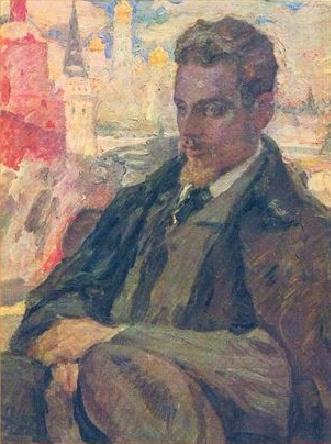 For years, well over three decades actually, a small thin paperback copy of Rainer Maria Rilke’s “Letters to a Young Poet” had sat upon my bookshelf, unread, until nine years ago.

From 1903 to 1908, poet and writer Rainer Maria Rilke wrote ten letters to a correspondent he had never met, a young poet whose early endeavors into writing poetry, and trying to make sense of the world around himself, obviously struck a chord with the older poet. Some time after Rilke’s death these ten letters were published, and in the many years since have provided a nest of philosophy and wisdom that have comforted many a young writer.

Roughly forty years ago, as a young teenager, I had asked my eldest brother Keith for his advice on some prattle that I had the impudence to pawn off as poetry (he was an English Major in College at the time and a budding poet himself). Memory informs me that outside of his positive encouragement that I continue with my endeavors and to read as much published poetry as I could, his replies to my inquiries toward “quality” and “creativity” were a little evasive, something I realized in later years was the best way to not offend a friend or colleague when reviewing creative works (something that is always a bit of a tricky dance). I remember him telling me, somewhat slyly, as an aside one Summer day, that he had recommended to a number of his friends that they read Rilke’s Letters (that he himself had read this short collection many times over and that they were a constant source of inspiration).

Some years later, in college myself, I purchased this used 1954 edition and took it back to my dorm room. And so it sat, unread, amid my belongings, for decades. 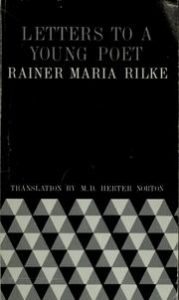 Why did I wait until nine years ago to finally pick up this diminutive paperback volume? Why did I shun its potential advice for this wide span of time? Perhaps it was part of that anti-intellectualism I have harbored for so long, born of a childhood of insecurity, emotional trauma, and fear…I really do not know.

And so I read these letters, nonstop, in the course of one Saturday afternoon. And, surprisingly, I found that I, a single divorced middle-age man, felt a strong connection to correspondence which at the time of the first were penned between a successful married 29 year old poet and a teenager in a German military school. For I found that the lifestyle, and philosophy, that Rilke teaches in his letters, had already become, either accidentally, or serendipitously, a natural aspect of my own life.

Starting from the very first of Rilke’s letters are a philosophy (a lifestyle) in embracing poetry that rings surprisingly true, and relevant, across the chasm of an entire century. Though my own relationship to poetry has only recently reached that level of familiarity and reverence demanded in Rilke’s letters, I found his words not so much lessons to open my eyes, but reinforcing truths that I had already chanced upon, in my own stumbling way (with admittedly far less insight and a much more common and less impressive intellectual appreciation).

And now, an endless number of days later, I thank you, dear brother, for having recommended this precious gem to me, in that distant, long ago time, that was my early teens…

And so, in the remaining course of my life, however long it may be, if I should perchance cross paths with anyone in person, or online, pray do not think too unkindly of me if my response to earnest queries about the quality of your poetry, or what you can do to make it more saleable, etc., are the simple words:

“You should really read Rainer Maria Rilke’s Letters to a Young Poet.”