When The Night Owl Screams: Strange Signs and Rhymes

When The Night Owl Screams: Strange Signs and Rhymes 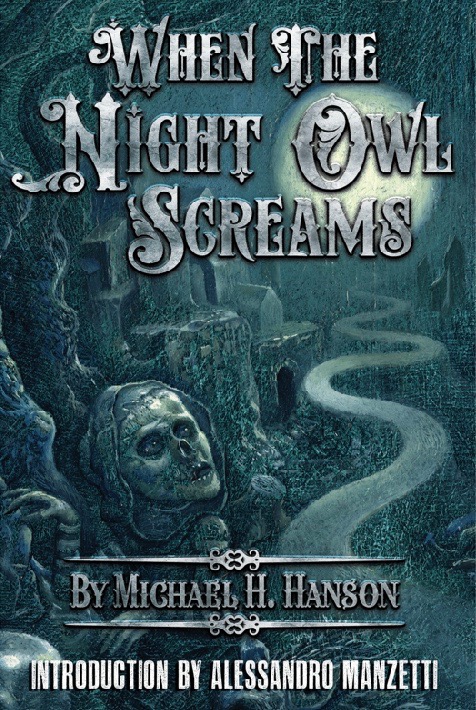 MoonDream Press (an imprint of Copper Dog Publishing) is pleased to announce the upcoming Halloween 2017 release of the second volume of dark verse from poet Michael H. Hanson… WHEN THE NIGHT OWL SCREAMS.

Excerpt from the Introduction:

“This book is like a magical ticket to visit everything that has been, that touched and surrounded us… This is the secret of Michael’s new anthology: his intimately varnished poems carry us back and forth in time and space…”  — Alessandro Manzetti, Bram Stoker Award Winning Poet

For two years Michael has toiled away in the twilight hours of each day, imagining, creating, and even living the surreal scenarios that make up the 105 deliciously dark poems in this fresh anthology.

The Cover Art was supplied by surreal artist Chris Mars, who also provided 6 macabre illustrations that kick off each of the six chapters in WHEN THE NIGHT OWL SCREAMS.

Michael’s previous volume of eerie poems was DARK PARCHMENTS: Midnight Curses and Verses, a tome of strange delights that was published in 2015, and is available on Amazon as both a Trade Paperback, and in Kindle e-book. 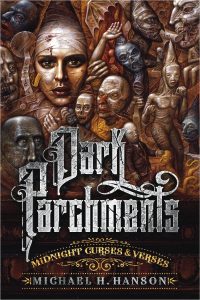 One sample from Michael’s new book is:

stripping my sense of whimsy bare,

I’m dropping up into the black,

without the aid of a jet-pack

or rocket ship or flying cars.

Powerless against this strange pull

as if the heavens tethered me

Helpless I’m falling off the Earth

plunging up towards an endless depth.

There will be an open book release launch on Facebook, with contests and lots of FREE Prizes. All Are Welcome. Just click on the following link:  CLICK HERE

The trade paperback version of WHEN THE NIGHT OWL SCREAMS will be available on Halloween 2017, with the Kindle e-version following shortly afterword.