In Defense of Manned Space Flight #4

In Defense of Manned Space Flight #4

A mere chunk of rock is survivable. It’s not likely to get all of us, though it could. Even if it didn’t wipe us all out, would a technic civilization ever arise again? We’ve mined most of the easily reachable resources around. Could we start over again?

There are greater terrors in space that could whiff out our planet like a child blows out a candle on a birthday cake. We can protect ourselves and our genetic heritage from some of them. Asteroids might be pushed or blasted away from us, but if a gamma ray burst goes off in our local area of space, well, game over. Even basic levels of local space control will entail investment in infrastructure in space that dwarf all we have done to date. We will need stations and not merely something like the International Space Station, but true factories, colonial stations and deep-space ships. This can’t be thrown together from nothing, despite what Bruce Willis’ did in “Armageddon.” 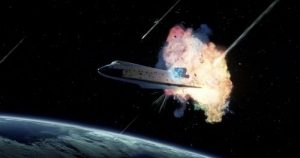 Some of the “robot-firsters” will decry manned space, their advocacy exceeding that of Asimov’s Susan Calvin, “It’s too expensive.” They will be joined by the social engineers, “We need all the money to solve our problems down here on Earth.”

Disabuse yourself of the notion that if all Earth’s miniscule space budgets were plowed into the social budgets of countries, that there would be a measurable decrease in the world’s problems. Trillions have been poured into anti-poverty programs. Whether this has been effective or not is a discussion for another place- however one must notice that poverty, ignorance and warfare are doing quite well. If they were a stock they might have gone up like you hope your 401K would. In any event, the world’s space budget is a mere rounding error on social spending.

Even more fundamentally, the two issues are unrelated. Space is a technological battle with a social component. Poverty is a political and social problem and far less a scientific one. It is related to the nature of our species and its existence. Or as my Dad put it in the most basic terms, “ If at the beginning of time you gave everyone in the world a refrigerator, at the end of the first month there would be those with a thousand refrigerators and those with none.” And so it will always be. 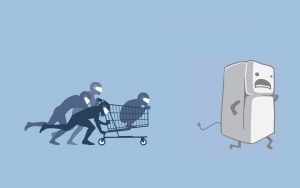